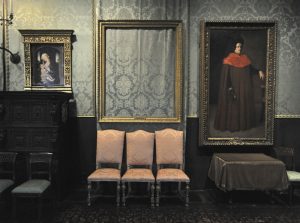 In 1990, in the most extensive heist in the US to date, 13 masterpieces were taken from the Isabella Stewart Gardner Museum in Boston. The masterpieces were created by artists including Rembrandt, Vermeer and Degas. Two men dressed as police officers deceived security, entered the museum after hours and managed to steal millions of dollars worth of art.

For 27 years the FBI has been searching but for 27 years the mystery remains. There has been no sign of any of the 13 works. They remain hidden, too recognizable even to enter the black market.

With complete confidentiality promised, any tips that lead to the works of art grants that person a $10 million bounty. The $5 million offer that has been in place since 1997 has only temporarily doubled. After midnight strikes and the new year is brought in the offer decreases once again.

Museum personnel remain optimistic as they pursue with the hunt. The amount of monetary reward and supposed get out of jail free card is the museum’s push to show perseverance and the fight for the artworks’ return.

If you know anything, or if that someone is you and your are ready and willing, send an email to theft@gardnermuseum.org. Aside from returning irreplaceable masterpieces, just think of all the things you could do with $10 million! Travel the world! Buy that fancy car you’ve always wanted. Change your look. Pay off debts, or, hey, feed the hungry!