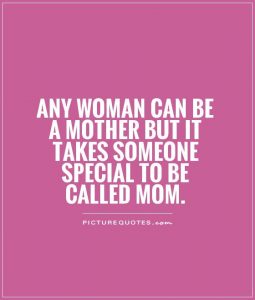 I don’t really remember exactly when my father started to date that woman. The only thing that I remember was that she was suddenly there. It was at this point in my life that I learnt about lying- how to lie and its necessity.

She was running some weird business near my house. During the day her business was more like a cafe for the elderly. In the evening it was more of a bar, but late night, suddenly, all of the waitresses became prostitutes selling their cheap smiles. Others came to gamble. In hindsight, the people were of questionable character. Disgusting to be frank. While my father and my stepmom were having fun, gambling or fighting, I somehow was always there hanging out with all those ugly prostitutes. They would sit there smoking cigarettes and drinking alcohol in front of me while talking about “adult” stuff.

Here, I also learnt the word blame. I picked up the meaning and the implications of the word quickly. I mastered its application in a self-afflicting way. I would say to myself. It’s all your fault. Later, I began to say it out loud. It became a routine. If something happened I just instantly thought, It’s all just because of me.

Until I was 15 years old I never called anyone mother. My whole my life I was told I needed to call one women or another my mother, however, I never did. I just didn’t feel like it. I used to ask myself, why should I call someone my mother if I barely knew that person?

With this introduction, you can further understand the kind of relationship that I had with my Her.

At the beginning, my stepmother would give me sweet candies and pocket money. I didn’t even like sweet stuff, but at the time I thought that I should like sweets because I was a kid. My first impression of Her actually wasn’t that bad. She was really nice to me and I liked it. One day, however, my father and her were fighting, and I of course being a young, curious kid, overheard the flight. She said,

Your little shit doesn’t respect me and ignores me constantly. I do everything for him, so therefore, I deserve better.

My father asked her,

So what did he do this time?

When I think back on this conversation, I realized I kinda felt like I was being treated as if I were a criminal and they were two investigating cops. She then said,

He never calls me mom, and it hurts me.

I will make him call you mom, OK?

That night I was forced to kneel in front of my father and ask him for forgiveness- forgiveness for not calling Her mother. The conundrum was I still didn’t want to call Her mother. I told this to my father and, as a result, my whole body became so colorful and painful.

I still cannot understand her obsession with my aversion to call Her mother. She had Her own son. I could only imagine that she had issues pertaining to Her own ideas of what constituted motherhood. With this, I watched as my relationship with Her turn shitty just like that, and since that conversation she became an Oscar nominated actress. One moment she would act like the world’s sweetest and kindest mother, specifically when my father was around, and the next moment she turned into a cold stone bitch. I believed she was happy whenever my father was hitting me for any reason or no reason at all, but especially when she was in a bad mood. Sometime she would just tell my father that I was not calling her mother, I feel, just to see my body bruise. Every time my father would beat the shit out of me, and every time, for one or two more weeks, I was left black and blue.

It got to a point that I didn’t know who started the fights, but there is one thing that I know for certain, we both had our problems.